It is estimated that 7.5 billion people live on this planet.

That’s a lot of human beings populating one little world.

Yet, there is a theory that each of us is separated from one another by only six degrees. Six degrees of separation.

Isn’t that an amazing thought?

How many times have you gone somewhere, like a party, and met a stranger who knew your best friend growing up?

Or traveled across the ocean to a foreign country, say Greece?  You go into a shop, and through conversation, find out that the shop owner knows the baker down the block from you in your neighborhood in Brooklyn.

We tend to say, “small world,” but maybe that six degrees of separation theory really works.

Playwright John Guare took this theory, and wrote a play about it when he learned of a circumstance surrounding a con man and a wealthy family. The con man led the husband and wife to believe that he knew their kids, and because he was injured, duped them into inviting him to stay in their apartment.  Oh, and furthermore, he told them he was the son of Sidney Poitier. Who, by the way, is producing a film version of Cats, The Musical. And, there might even be a part for them in the movie. So, Paul, the well spoken, intelligent, “friend” of their children, humbly accepts their invitation, and well, things begin to strangely unravel after that. 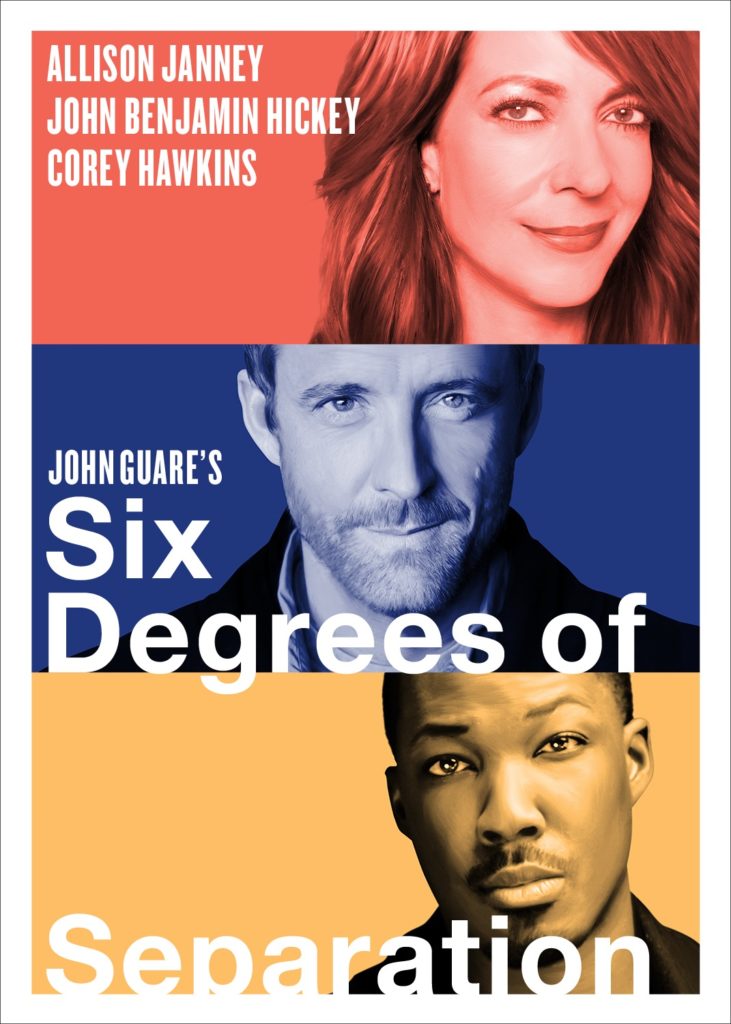 The current revival of Six Degrees of Separation is a funny, compelling and poignant portrait of what happens when we want to believe that we are really connected, or conversely, that we so desperately want to belong.

Six Degrees of Separation takes place in 1990, New York City, and the set design, hair and costumes takes us right back to that decade. There are references to vintage cultural items or experiences that initiate hearty chuckles from the audience.

The performers are all fabulously cast, but main characters Ouisa, played by Allison Janney, Flan, performed by John Benjamin Hickey, and Paul, played by Corey Hawkins (he received a Tony nomination for this role) are standouts.

Mr. Hawkins’ versatility in this role is especially impressive. 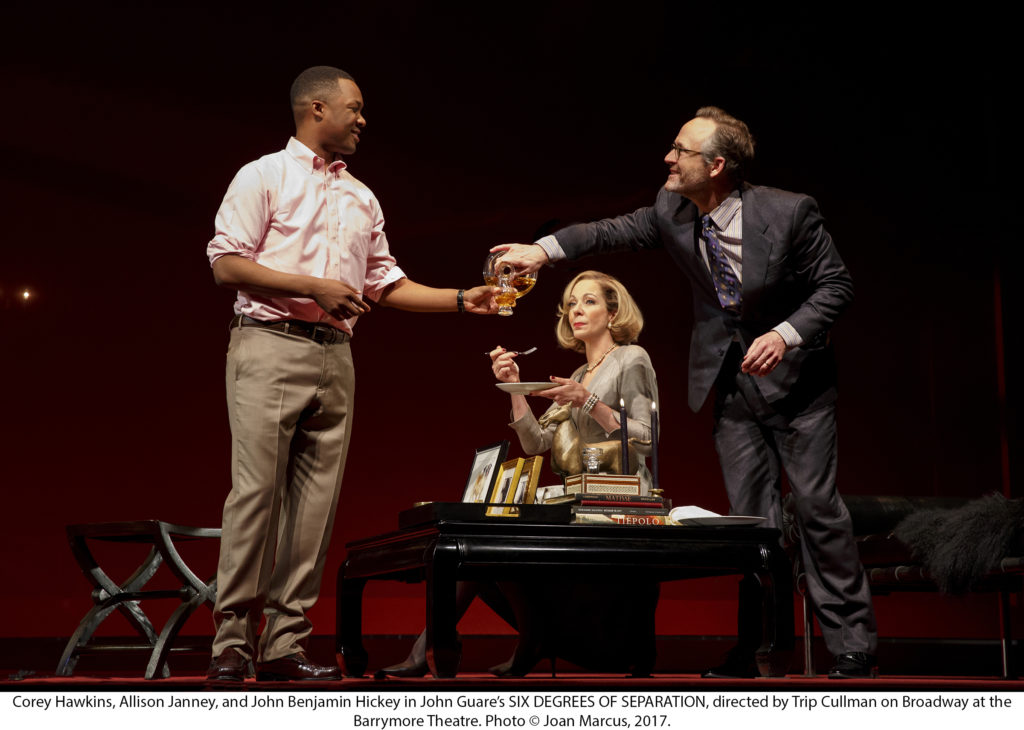 The story that is told is based on a true con man story.

The concept of six degrees between us is a fascinating one.

And the play, well directed by Trip Cullman, is so finely constructed and performed, that this revival is one to be seen this season.

Six Degrees of Separation, nominated for a Tony for Best Revival of a Play, is performed in 90 minutes with no intermission. It is a successful theatrical piece that leaves us entertained and fulfilled.