Welcome to my Garden, Ann’s Garden 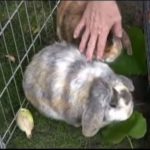 In this film series, Welcome to My Garden, produced by In the Trenches Productions and our West Coast editor Debbie Zipp,  you’ll visit beautiful home gardens created by women who are not professional gardeners. Although each may have had help with the heavy work the ideas, inspiration and love are all hers. You’ll love the life lessons too.

Tags: the three tomatoeswelcome to my garden