What Do You Tip for Bad Service? 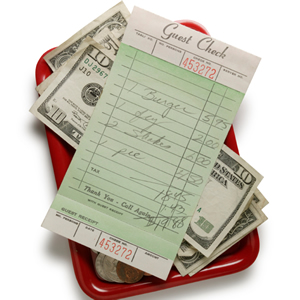 You know the dining experience is not going well when you have to get up and get your own silverware. Let me be clear: I am not nor I have I ever been a waitress. I’m pretty sure if you put an order pad in my hand and said, “Go!” I would be a disaster. I do not have the temperament. At best somebody is getting cussed out. At worst somebody is going to jail. I have a lot of respect for the folks out there hustling food and drink with a smile. I have received service so outstanding that I couldn’t tip enough. And then there was last Friday night.

I’ll spare you the minutia and hit the highlights. No silverware… lukewarm water for tea… no bread on the table… leftovers beautiful boxed, bagged, but then set on the floor. When the bill came I was reminded why I love my friends.  Nobody whipped out a calculator and said, “You had wine and I only water.” None of my close friends are that lame. We eat heartily, drink heavily, and pay promptly. Without ceremony we evenly divided the bill four ways.

The difficulty came in tabulating the tip, which had not been included. That was good since I didn’t think our waitress deserved one. I was under the impression that bad service equals no tip. My compatriots disagreed. They still wanted to give her something. Why? “Because she’s nice,” they said.

So even though we all agreed the service was subpar, the fact that our waitress didn’t spit in our food, throw a drink in our face, or stab us with a dinner fork warranted an 18% tip?  Yes, in case you didn’t know: the standard tip has risen from 15% to 18%. But what do you do when the service is terrible? I say no tip. Does your job pay you just for being nice or do you still have to do your job? If we still have to tip when the service is bad, why not make it even 20% and tell everybody to keep up the good work?

I know what you’re thinking.

Maybe the restaurant was crowded.

Maybe the waitress was new.

Perhaps, but that’s not my problem.

Well, why didn’t you say so? That explains everything.

My ever-generous friends suggested that maybe our waitress didn’t like her job.

I’ve never understood this logic. If you don’t like your job, all the more reason to do it well. Are you waiting for your dream job to come along before you bother to develop a work ethic? Good luck with that. Unless you’re self employed, you’re not working for the person who signs your checks. You’re always working for yourself. Always.

This was too deep for a Friday night. I lost the argument. We paid the 18%. Split four ways it came to $30 each. Two of us paid cash, two of us paid by credit card. Easy breezy, right? No. Apparently this was graduate-level calculus. Even with help of a manager it took us over half an hour to settle up. Maybe we should have taken the hint and left out the tip.

Here’s a real tip. If you’re at a sit-down restaurant and have to get up to get your own anything, just keep walking. I guarantee it’ll save you at least 18%. 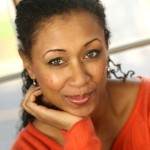 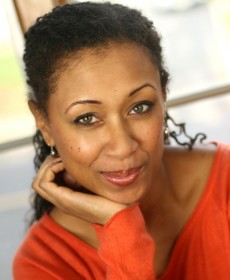