Wolf Hall and Hand to God

“The more things change, the more they stay the same.”

– The English translation of a famous French saying.

..and it’s meaning is brilliantly illustrated in the epic theatrical double header,Wolf Hall, parts 1 and 2, a Royal Shakespeare company import (Part One is titled, “Wolf Hall” and Part Two is named “Bring Up The Bodies.”) I have to admit, I was very ambivalent about committing one entire precious weekend day…and night, to the theatre, with action taking place in the 1500’s, in the court of Henry VIII, featuring lawyer and royal consultant Thomas Cromwell as the central character. 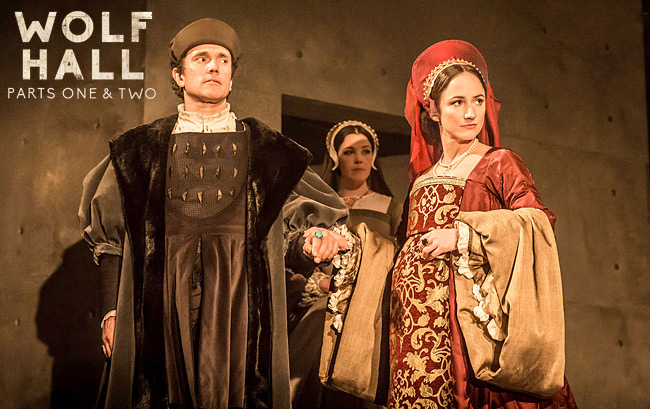 On a recent beautiful Sunday afternoon, the first play began at 1 PM, the second at 6:30 PM, with a break for sustenance in between. Would this be a dry and difficult to understand historical drama where I might sense audience member’s heads nodding, bobbing up and down, all around me?

Happily that was not the case. Although my dear friend, and fellow Wolf Hall-goer, Wendy and I made a pact that if WH 1 were deadly, we’d just extend our two hour dinner break to the end of the evening.

Actually, WH 1 drew us in with the staging, lighting, costumes, acting, and most importantly, the story. The entire brilliant production, with witty dialogue and juicy plot lines kept us engaged, entertained and enthusiastic to see WH2.

Back to the pithy French maxim. “The more things change”…this story has everything from the past that still has relevance today. Issues around relationships, power struggles, religious discord, lust, mistresses (by the way, is there a masculine word for mistress?) and most sadly, beheadings for religious and political reasons, and of course, the historic origins of the Church of England.

So WH 1 was a winner. We excitedly left for a delicious dinner at a nearby restaurant, anticipating WH2. The title of Part 2, “Bring Up The Bodies” indicates what might be awaiting some of the characters that we have already met. The arc of each character deepens in this second piece.

Although this play contains the gruesome acts that unfolded in our human history, somehow I liked the intrigue of WH 1 a little better. No matter, the totality of the two made for a unique event, and the stage presentation marathon was an excellent one. I felt accomplished for committing to and attending them back to back.

Written by Hilary Mantel and directed by Jeremy Herrin, the Royal Shakespeare Company’s production of Wolf Hall drew me in so much that by the end, I felt like I was a part of their big dysfunctional family.

By the way, you can purchase tickets for different days, but it is kind of fun to do it all in one.

Now, from a trip back in time during the formation of the Church of England in Wolf Hall, to a contemporary play set in a Christian church class room somewhere in Texas in Hand to God, we go from the historical to the super bizarre. Never mind that fact, Hand to God is devilishly funny, poignant and even profound. It’s a difficult premise to explain, mind you, but the new tv ad for the production doesn’t do much to enlighten either. Suffice it to say, the play begins in an after school puppetry class at the local church school, run by Margery (Geneva Carr) a recent widow. Her only students are her seemingly mild and meek son Jason, (Steven Boyer) a sexually inappropriate bully, Timothy (Michael Oberholtzer) and a plain girl, Jessica (Sarah Stiles.) Then there is Pastor Greg (Mark Kudisch) who is using his collar to try to get into Margery’s pants. Things go awry when Tyrone, the hand puppet of Jason, takes on a life of it’s own with a nasty and evil persona. Hand puppet violence erupts, secrets are unearthed and faith is called into question. 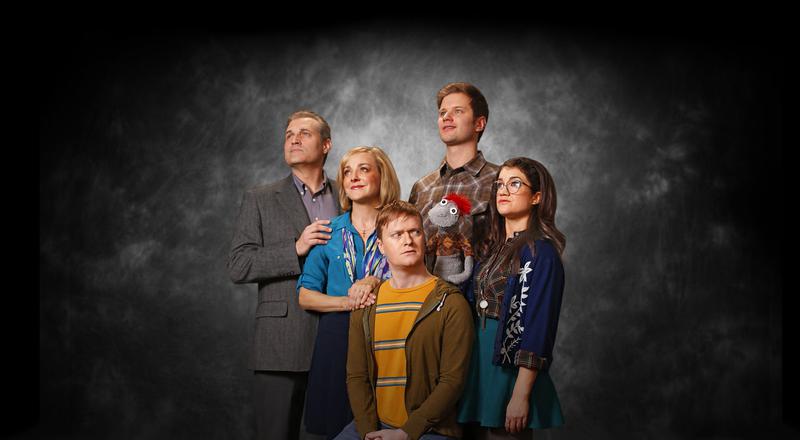 All of this is accomplished with the most unique and unusual storyline I have ever seen; hilarious and disturbing at the same time. The themes in Hand to God are not for everyone. But if you want to see some amazing acting by Steven Boyer who plays Jason/Tyrone, as well as the rest of the talented cast, give it a shot. It’s just too eccentric and funny to miss.

Hand to God, (great title, by the way) is written by Robert Askins and directed by Moritz von Stuelpnagel.