Worth the trip to see Jitney

A great ensemble cast is as beautiful to watch as is a fluid dance troupe. Poetry in motion.

That’s the impression you will walk away with after seeing August Wilson’s Jitney, a piece never before produced on Broadway – until now.

Each character in this play is fully fleshed out and lovingly handled by the cast of seasoned actors.

Jitney takes place in 1977 Pittsburgh, in a run down office of a run down cab company where a checkered cast of characters wait for the call to come in for a pick up, and drive people in cars that are running on their very last legs. 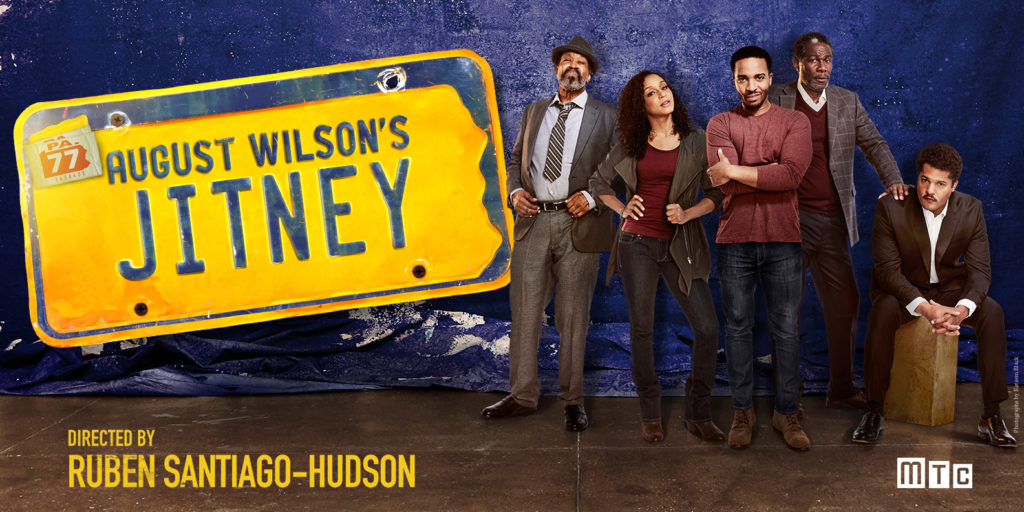 The space is part of a really dilapidated part of town and the urban blight is reflected in the men’s demeanor. They constantly get in to each other’s business, and conflicts ensue.

The dialogue is funny and poignant and we get to know a little bit about each of the varied characters.

Becker, the man who owns the business, oversees the crew and is committed to his company and his workers. He tries to keep the peace and works hard to rally the men, which is sort of like herding cats.

Clever and fast moving, the dialogue draws you in.

The soap operas of the men’s lives are enough to keep you engaged until the story line turns, and we learn that Becker’s son, Booster, is being released from prison, for a crime he committed on principal. Becker can not bear that his son committed this cold blooded deed, and Booster just wants to connect with his dad. When he shows up, the tension between the two is fiery and heartbreaking.

The night I saw the play, Brandon J. Dirden (you may know him from “The Americans”), who plays Booster was out of the show, and the understudy performed the role. It’s always a great opportunity to see an actor who rarely gets to perform. Kudos to Stephen Tyrone Williams, who did a great job filling in for Brandon.

August Wilson’s plays are always so rich in character, ensemble and plot, splendidly interwoven with the lives and perspectives of numerous interesting people.

Jitney is deftly directed by Ruben Santiago-Hudson and plays  for a limited run though March 12.
http://manhattantheatreclub.com/